There must have been a moment where you were in that ever-so-awkward position at your rich friend’s house when they asked you to grab wine glasses down from their shelf–inadvertently forcing you to choose between a few varieties. Hence, exposing the fact that you have absolutely no idea what the hell you are doing. Yeah. I haven’t had that moment either. Most likely because my friends are still drinking wine out of game-day cups and stolen beer pints–much like myself on non-dishwashing days.

But, one day my fellow thirty-pressers–we will have it. And we need to know what to put that delectable under $20 wine in. At the very least, to prevent ourselves from being cast down as beastly commoners whilst in the presence of dignified wine deities (also secretly known by us mortals as the pompous assholes of wine finery).

So what gives about this wine glass stuff? Evidently, wine glasses weren’t always glass. The Romans drank out of clay, silver, and even (poisonous?) lead cups. Then, around 50 BC, ancient alcoholics had to be careful of splinters in their mouths, as their cups were made of wood.

Fast-forward a bit to the middle ages and they still hadn’t gotten to glass. Just these things called piggins, made out of leather. In fact, this cup is the namesake of the expression “pig-drunk.” Who would have ever thought that Thursday night sorority girl behavior actually derived from a bunch of rowdy Middle English trash talking heathens? Interesting.

Eventually–in the 14th century–Venetians started getting extra-fancy pants and decided to make some glasses. However, the shit was so expensive that basically no normal human could afford it! So regular old people stuck to their piggns, leather, and horns. Quite similar to the way we use coffee cups for wine when we run out of our six-pack of IKEA glasses today. See iPhone photo posted above.

At first, these wine glasses were really too heavy. Then, they were made to match furniture in the dining room around the 1800s. Some other shenanigans went on in wine glass evolution–up until Riedel started bullying the other glassmakers and forcefully creating an evil monopoly over the whole wine glass situation today. Not really. But they did (rightfully) take over.

By the way, Riedel is pronounced like the word “needle.” You’re welcome for saving your ass when you try to impress someone with this stuff later on. Anyway, Riedel is also an Austrian thing, even though it started in Bohemia around the mid-1700s.  And the fact that they are Austrian is not to be confused with their German-originated name. They get pissy about that–at least, I assume that they would.

Apparently, Riedel is also in cahoots with Robert Parker (remember him?) who said: “The finest glasses for both technical and hedonistic purposes are those made by Riedel. The effect of these glasses on fine wine is profound. I cannot emphasize enough what a difference they make.” Ah, how his beautiful pretensions floweth over. Disclaimer Two: Opinions expressed in these post are for sheer sardonic effect and are not completely reflective of the novice-writer/wine drinker who has never actually met Robert Parker in her life, ever. He is probably a really nice guy. Maybe.

Despite his nauseating word-choice, however, Mr. Parker creates a clear pathway to my next point: wine glasses do make a difference. And, there is an actual problem in carrying over our old collegiate tradition of plastic Tervis tumblers filled to the brim with 2 buck chuck. Must we really grow up? Yes, my darlings. We must. Because, apparently, the difference cannot be emphasized enough.

For starters. Wine can’t just hang out in our hands encased in plastic. For the most pretentious of wine connoisseurs, there is a firm belief that grimy little paws will destroy and devastate the perfect tasting temperature. And for those painfully self-aware, a person correctly holding a wine glass (by the stem, kids) just looks way more glamorous. All of this is to say that wine glasses are almost as important to wine culture as the wine is itself. Almost.

Here’s the run down. Serious wine-drinkers can open up a whole tool-kit of glass types. But, for us snoobies, we will stick to the basics: Red and White–oh, shocker of the vintage.

Red wine glasses are going to be fat on the bottom and skinny up top. White wine glasses are skinny all the time. Everywhere, everyday, no matter what. Why? Well, because we want to be able to let out the smell (or aroma as the critics might say) of delicious dirty red wine and keep the good aromas in the white wine.

With the wide bowl and narrow rim of a red wine glass, the wine is allowed to do something called oxygenate. Oxygenating wine is an entirely different post for a later life.  But, this essentially means let that taste-genie out of the red wine bottle–according to this LA Times article.  On the other side of things, the narrower bowl and rim of the white wine glass helps keep in the taste and smell of the white wine, which can escape easily–that jail-bird.

1. Air = good for red = let ’em loose.
2. Air = not really all that great for white = lock ‘em up.
3. Red wine = fat-bottomed bowl and narrow rim.
4. White wine = narrow-bottomed bowl and narrow rim.
5. Too much wine = fat-bottomed humans that make the rockin’ world go round.
6. Hold the stem (that’s the long stick thing under the wine holding part) and drink from the right glass for Robert Parker’s sake. Cheers, dears! 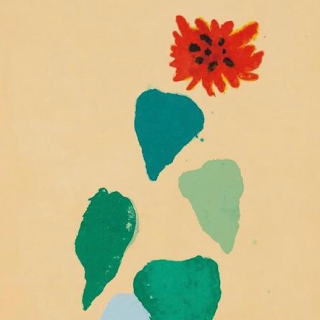